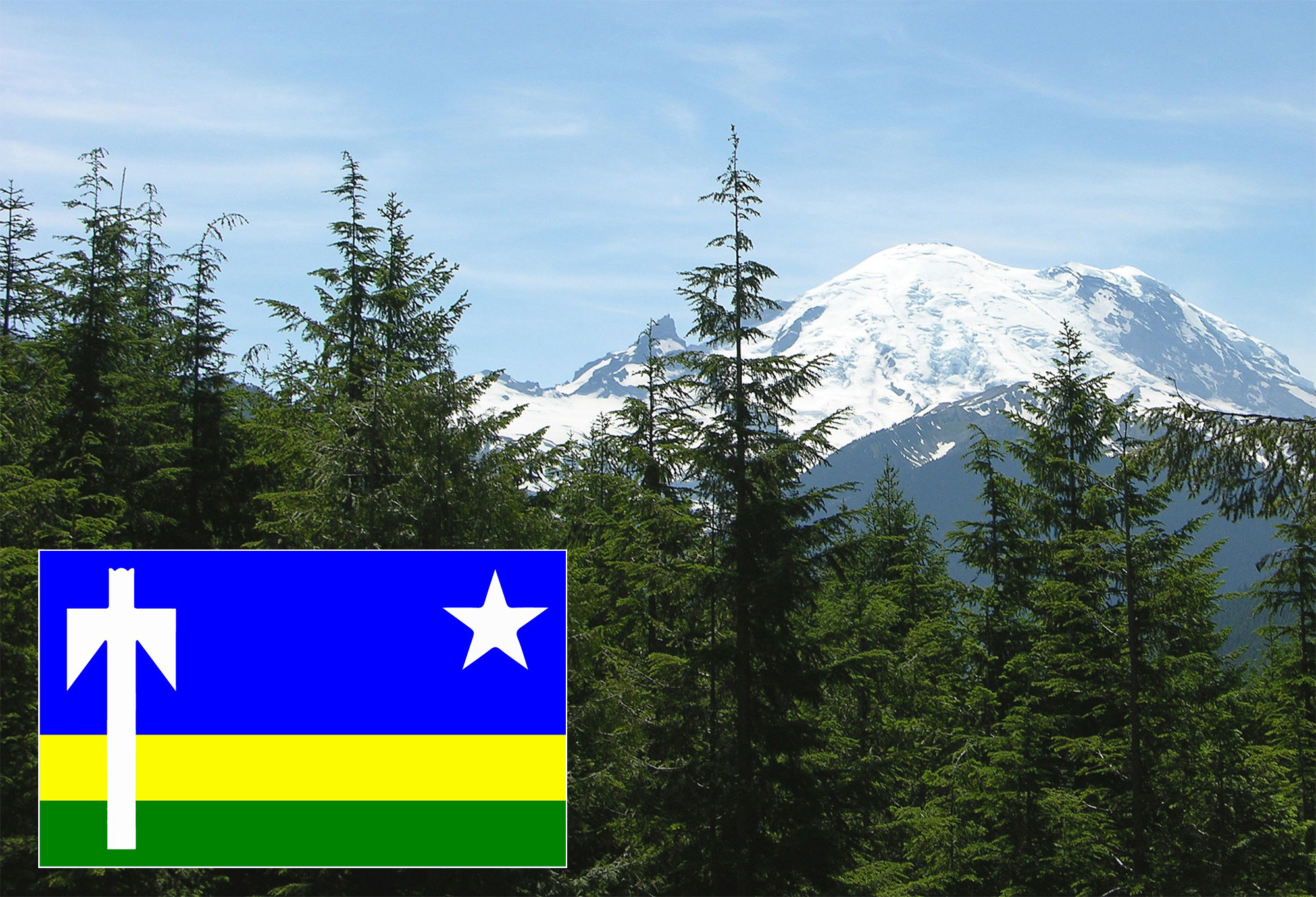 After Oregon adopted the Douglas fir, Washington settled for the western hemlock, which is still a pretty impressive tree.

On the Washington State flag proposal pictured above, forests are represented by the color green and the totem pole. The yellow stripe represents Washington, which is more renowned for its grasslands than trees. However, there are lots of forested regions in Eastern Washington, too.