Let’s take a brief tour of flowers of state.

Flowers are the most popular state ecosymbols. Although most people instinctively love flowers, floral emblems didn’t just sprout by chance.

The first State Flowers were adopted by Minnesota and Oklahoma in 1893.

The 1893 World’s Fair in Chicago is commonly viewed as the genesis of the state flower movement. Minnesota and Oklahoma adopted state flowers that same year. However, both states made somewhat flaky choices and later changed their designations. 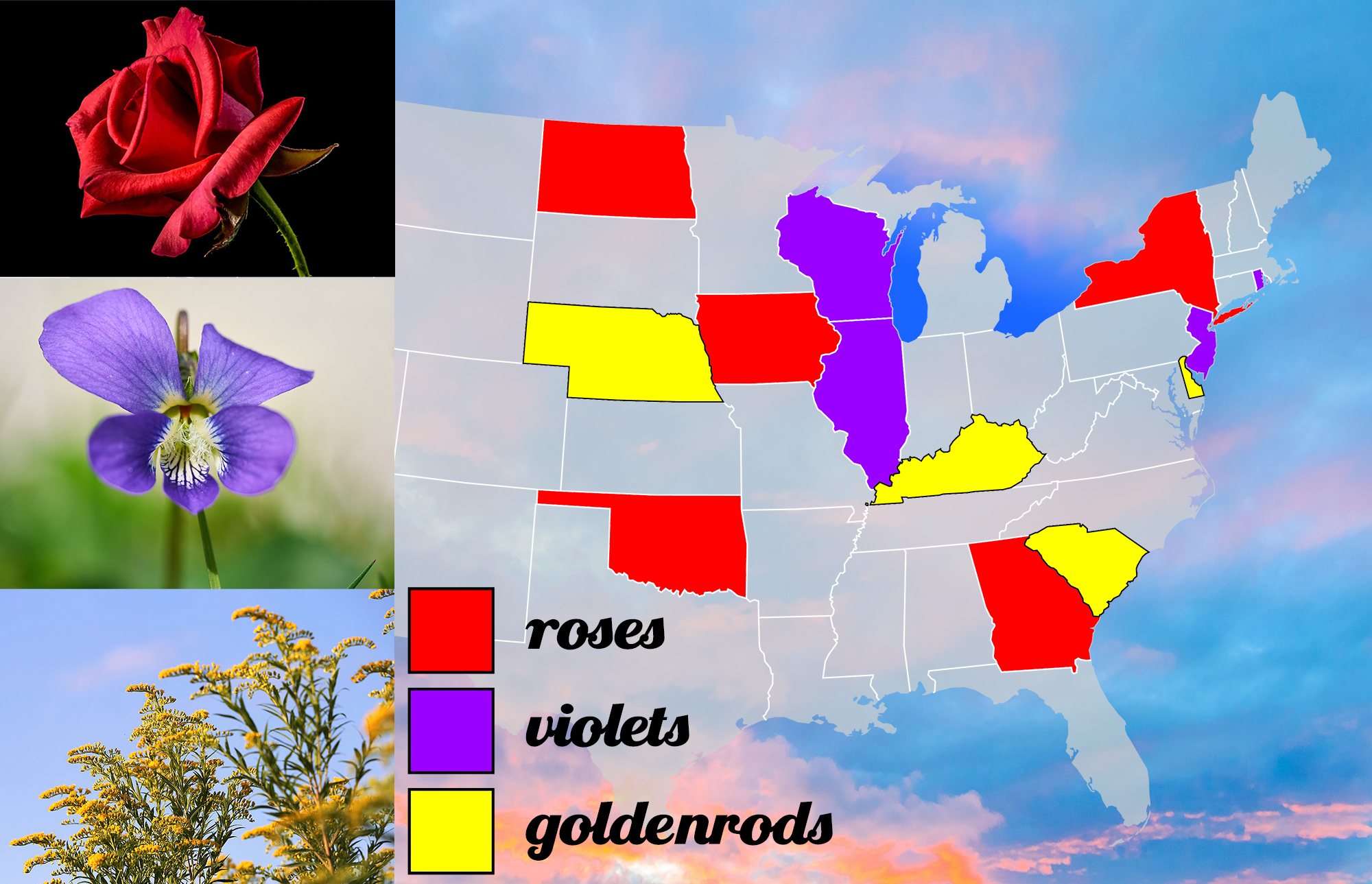 THE MOST POPUIAR STATE FLOWERS (Woolly Blue Violets: By Melissa McMasters, CC BY 2; Giant Goldenrod: By Jac. Janssen, CC BY 2)

Flowers were popular symbols even before the state symbols craze began. A number of states have nicknames inspired by flowers. Mississippi is the Magnolia State, Kansas the Sunflower State, and Nevada the Sagebrush State. Florida takes its name from a Spanish word meaning “Land of Flowers,” while hillsides carpeted with California poppies lent California the nickname Land of Fire. Let’s not forget North Dakota, the Peace Garden State. 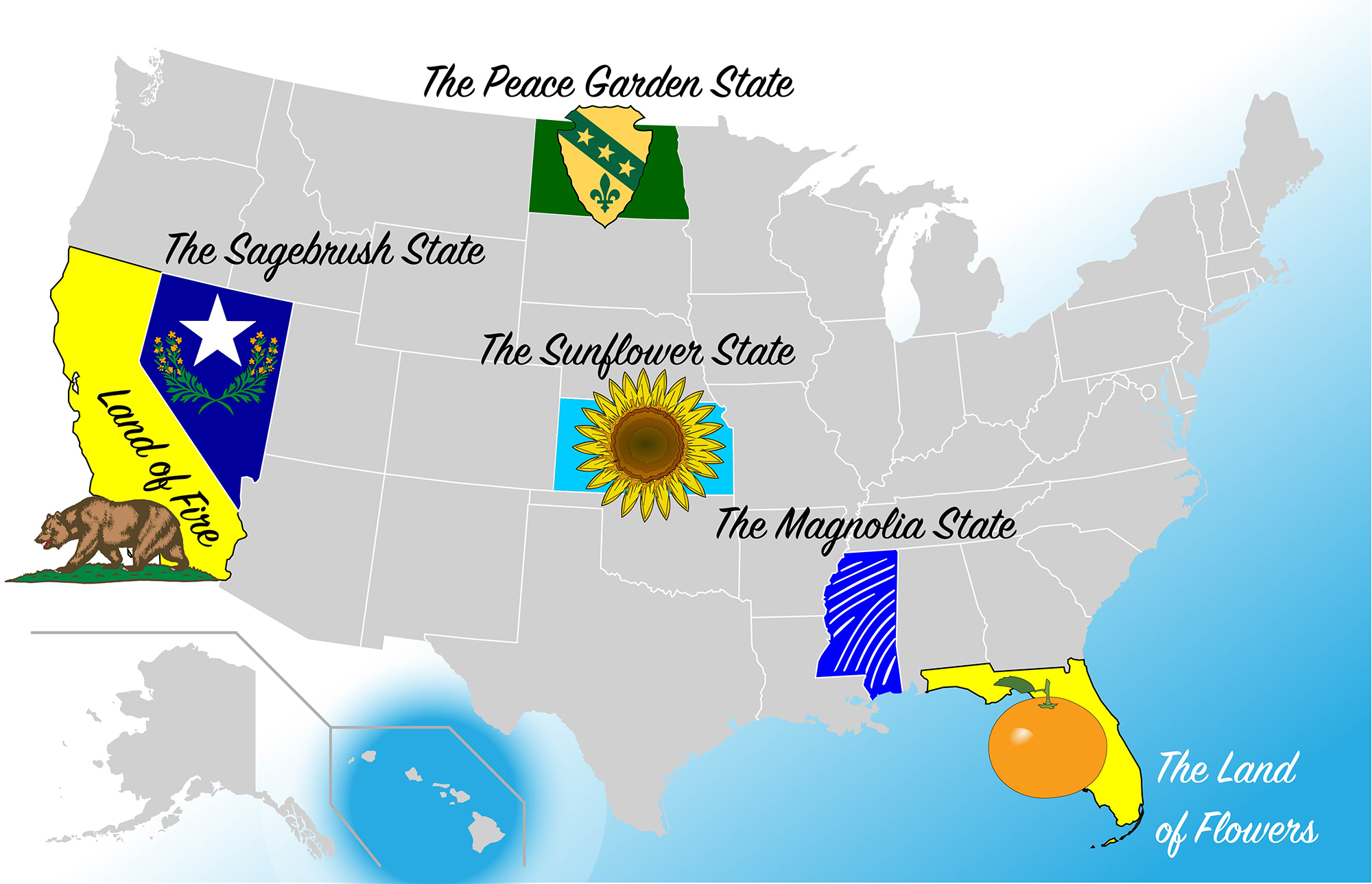 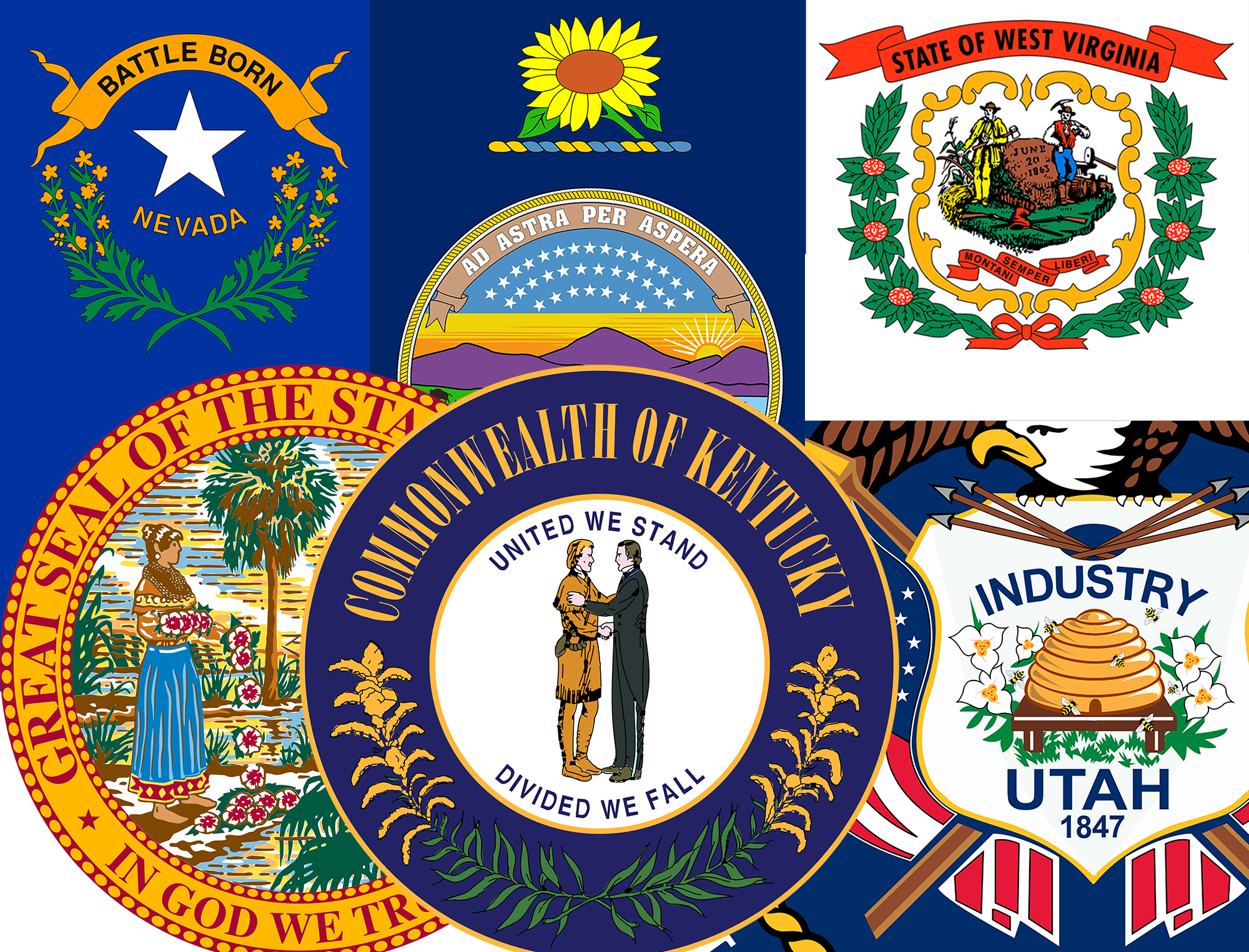 A magnolia is proudly displayed on Mississippi’s new state flag, which is marred only by the state motto. If Kansas ever adopts a new state flag, it will almost certainly feature a sunflower, while dogwood blossoms appear on some Virginia flag proposals.

Countless more flowers reign as county and civic symbols. How many streets and parks named for flowers there are across America? Flowers have similarly inspired many place names, from Florida (literally “Land of Flowers”) to Portland, Oregon (aka City of Roses). 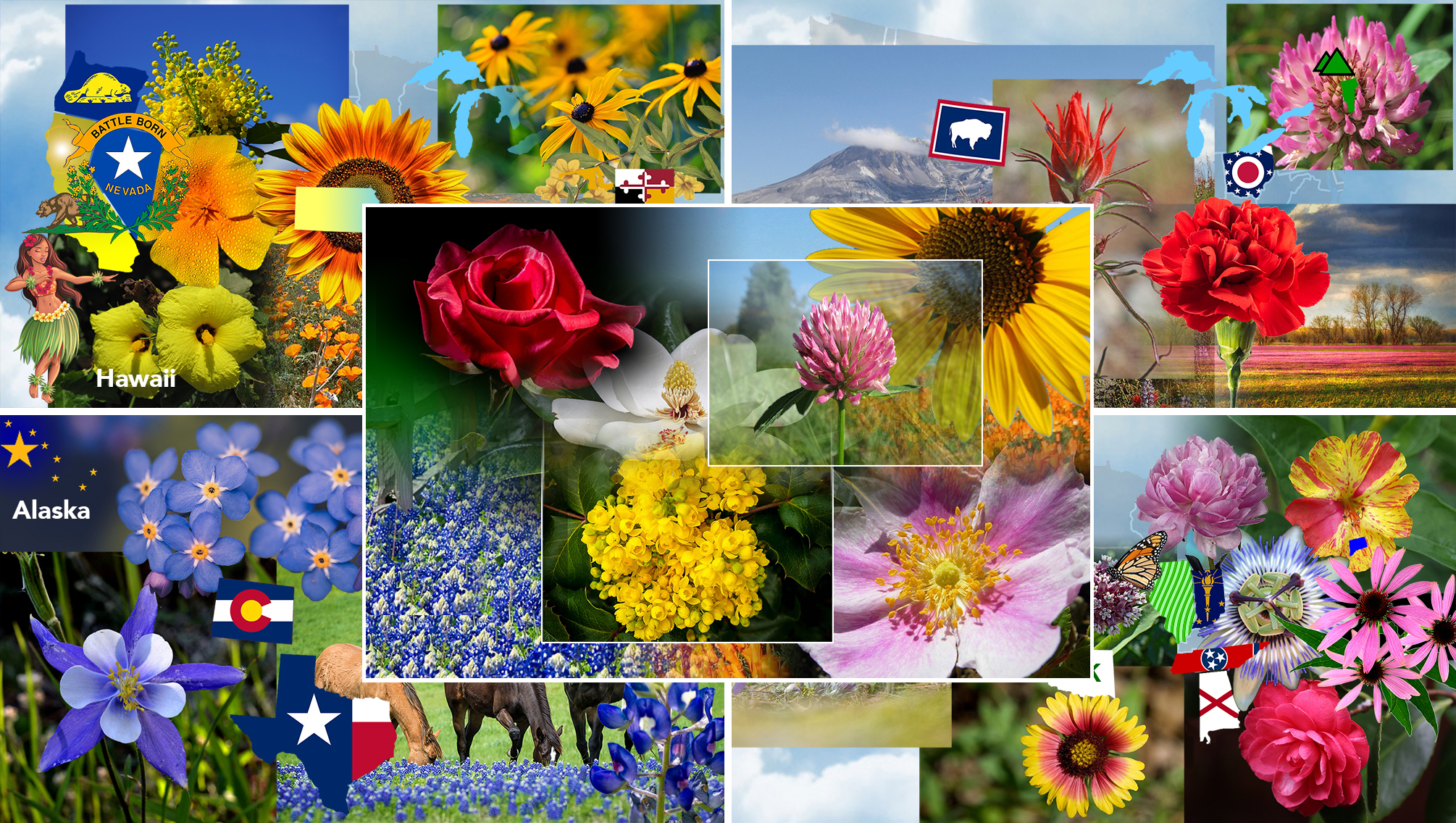