However, My State Symbols Book includes a series of annotated lists of the symbols of each of the 50 states. That feature alone is probably all the reference most people would need.

Below is a list of 10 features that make My State Symbols Book a major improvement over the competition.

To be honest, no one can really keep up with the continuing deluge of new state symbols. However, I think I do a better job than most. Combined with the classification system I developed, my symbols lists rock.

Incidentally, Wikipedia’s lists of state symbols rates a D at best. Wikipedians have a habit of manufacturing symbols that don’t even exist. 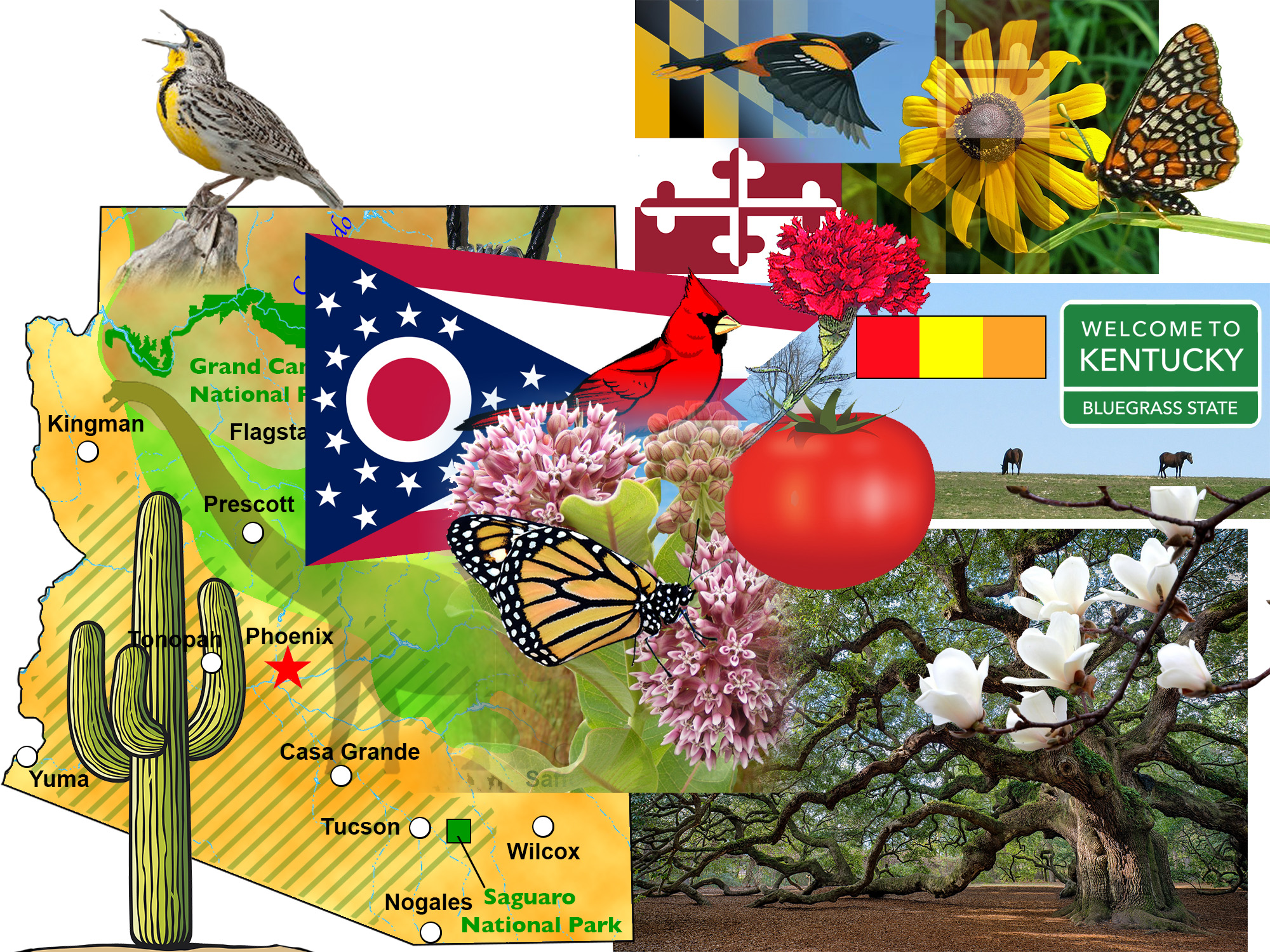 Did you know that some of Maryland’s most prominent state symbols complement the colors of its state flag? Or that some of Kansas’ most familiar symbols share the colors brown and yellow?

Nebraska’s relative paucity of familiar symbols makes it a tough state to design a flag for. The symbols of some northeastern states commemorate the Revolution, while a number of Southern symbols commemorate the Civil War.

These patterns aren’t discussed in most state symbols references.

Some might argue that a good reference should be impartial, unbiased. But My State Symbols Book is more than a reference. It’s also an educational tool, and no rational, ethical person would promote the growing list of official firearms and military symbols as a wholesome trend. Indeed, legislators in various states are increasingly fighting back against the sheer number of state symbols.

My State Symbols Book will include all the state symbols adopted through 2021 (and possibly 2022).

My State Symbols Book is part of a series of books focusing on state symbols, most of which will be published by the end of 2022. The books are supported by this website, which is probably the best state symbols web site on the internet already, even though it may not be finished until 2023.

It’s complex. You see, both books are joined at the hip. Moreover, I developed my classification scheme before I began working on either book. It was one of the ingredients that made my website GeoSymbols so successful.

I began working on Geobop’s State Symbols before I came up with the idea of creating a spinoff, My State Symbols Book. Although the two books are very different, they are also very similar in some respects. Both include as section with lists of each state’s symbols, for example.

In a nutshell, Geobop’s State Symbols is much bigger and has more information and more pictures. However, most people would probably find it a little tedious, largely because it documents a lot of symbols that are frankly boring.

My State Symbols Book focuses largely on the more prominent and interesting symbols, making it more enjoyable to read. It is still a formidable reference, thanks in part to those lists of symbols in the appendix.

My State Symbols Book is too big to be published as a paper book, unless a big publisher wants to acquire it some day. In the meantime, it will be available only as an epub/ebook, tentatively priced at $25-$50. The book will hopefully be published before the 2022 holiday season.