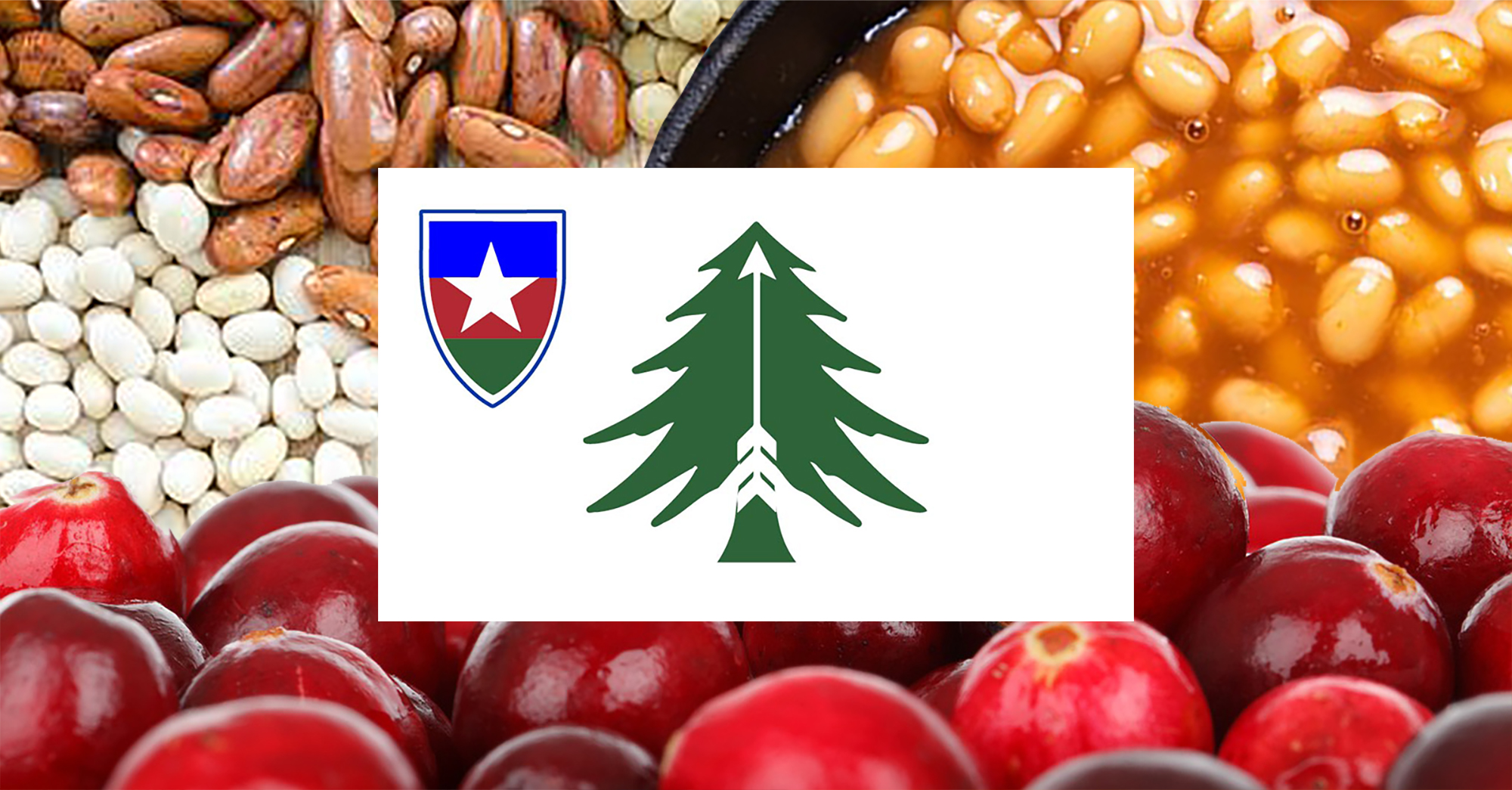 For good measure, Massachusetts calls cranberry juice its official beverage, while its official colors are blue, green, and cranberry. With efforts to adopt a new state flag gaining steam, it will be interesting to see how many proposed designs include the color cranberry, like the one pictured above.

One food cranberries can’t compete with in Massachusetts, however, is beans, as in the famous Boston baked beans. The baked navy bean is Massachusetts’ official bean.