Grasses aren’t nearly as popular as flowers and trees among national and state symbols. However, they’re probably a lot more popular than you think.

Let’s take a brief tour of grasses of state.

After each of the 50 states had adopted an official flower and tree, more plant symbols began to pop up, notably official fruit and grasses. By 2022, 20 states were represented by an official grass or grain. (The term grain is commonly applied to grasses that are cultivated for human consumption, such as wheat and corn.)

The first state grass was adopted by Nebraska in 1969. 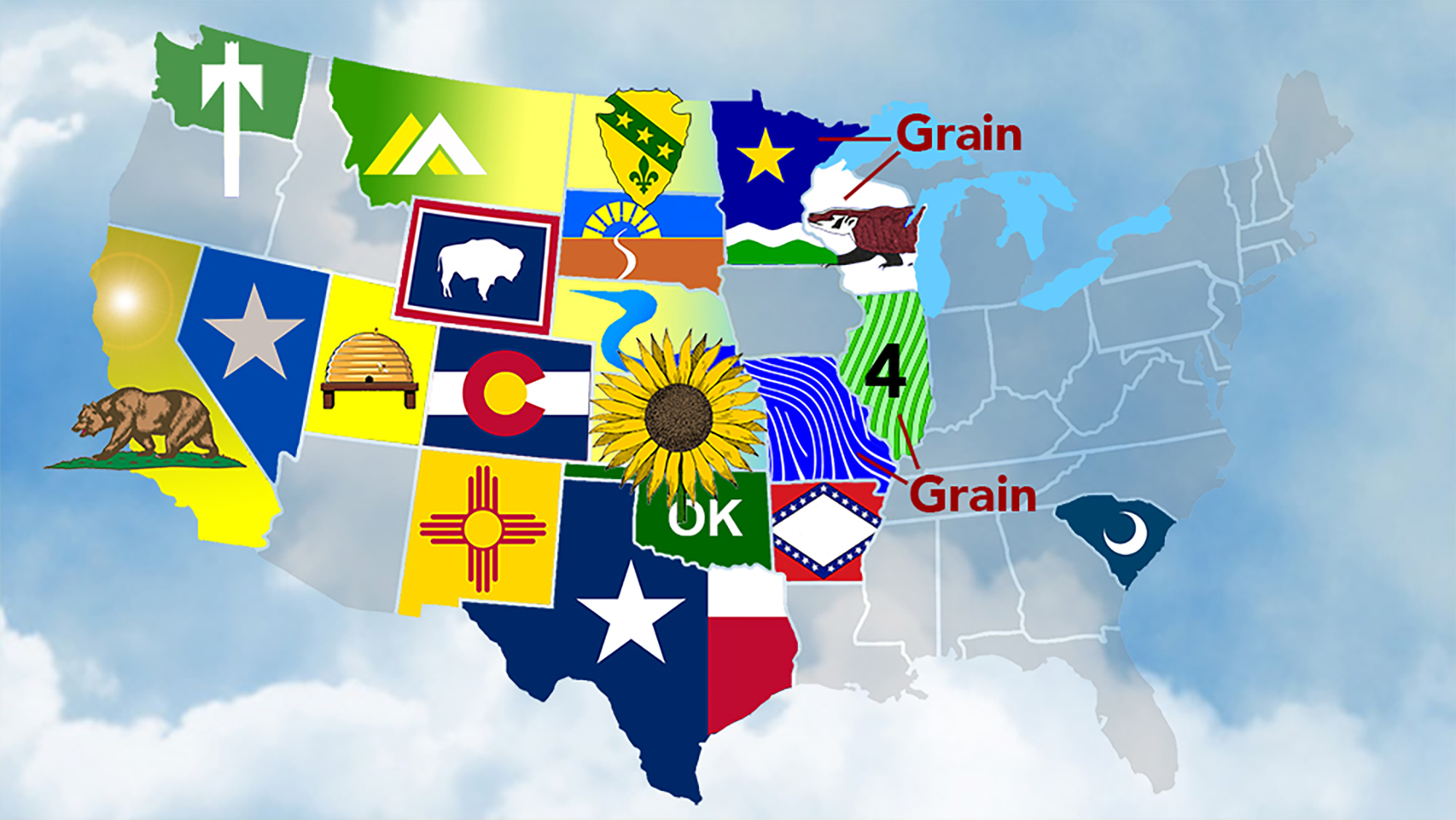 MOST OF THE 20 STATES WITH OFFICIAL GRASSES ARE IN THE MIDWEST OR GREAT PLAINS.

Nicknamed the Prairie State, Illinois has an official grass and grain both. It marks the eastern limit of states with official grasses except for South Carolina. 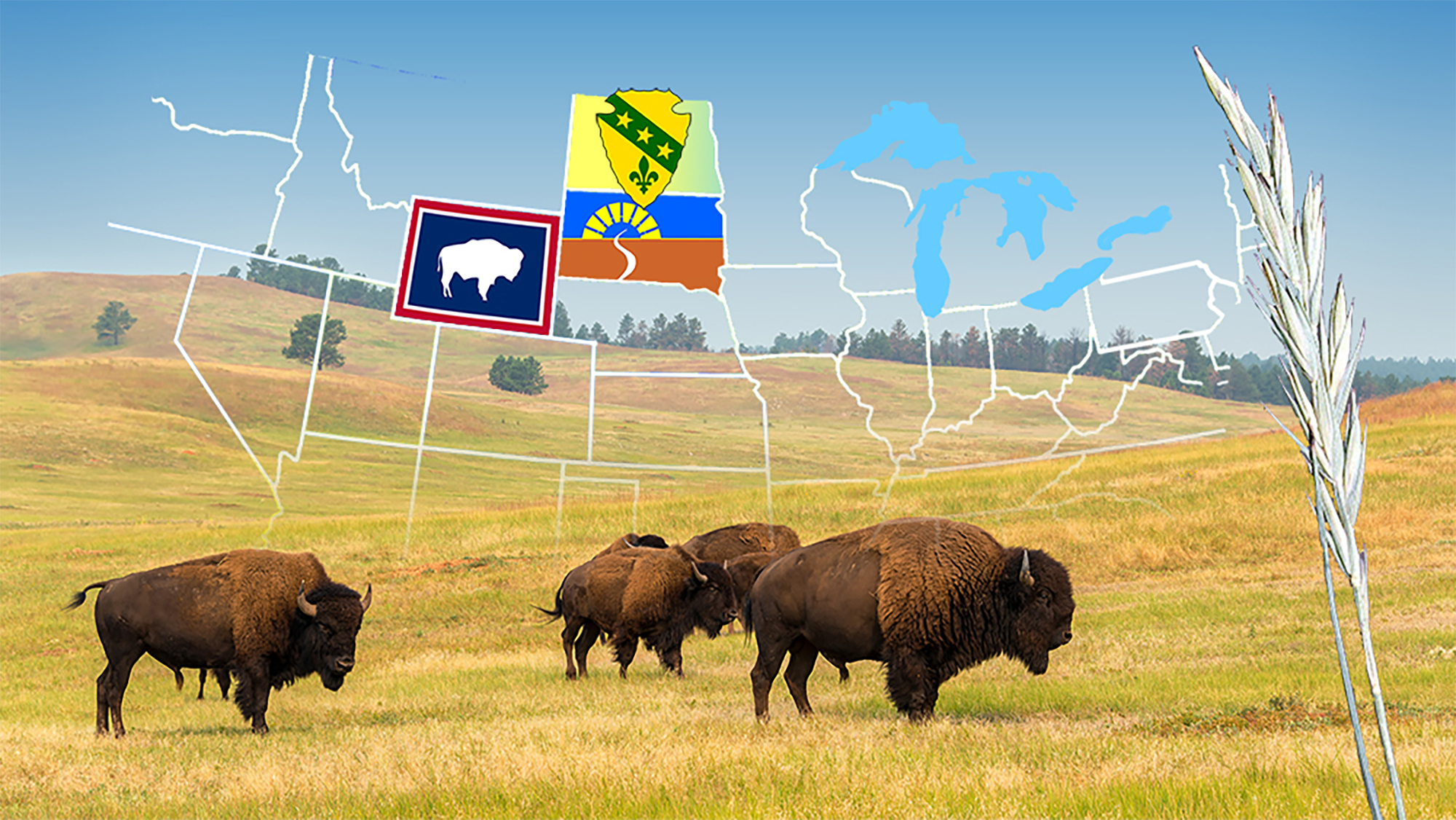 THE MOST POPUILAR STATE GRASS IS WESTERN WHEATGRASS, WHICH REPRESENTS WYOMING AND THE DAKOTAS.

At least seven states have nicknames inspired by grasses or cereal grains. 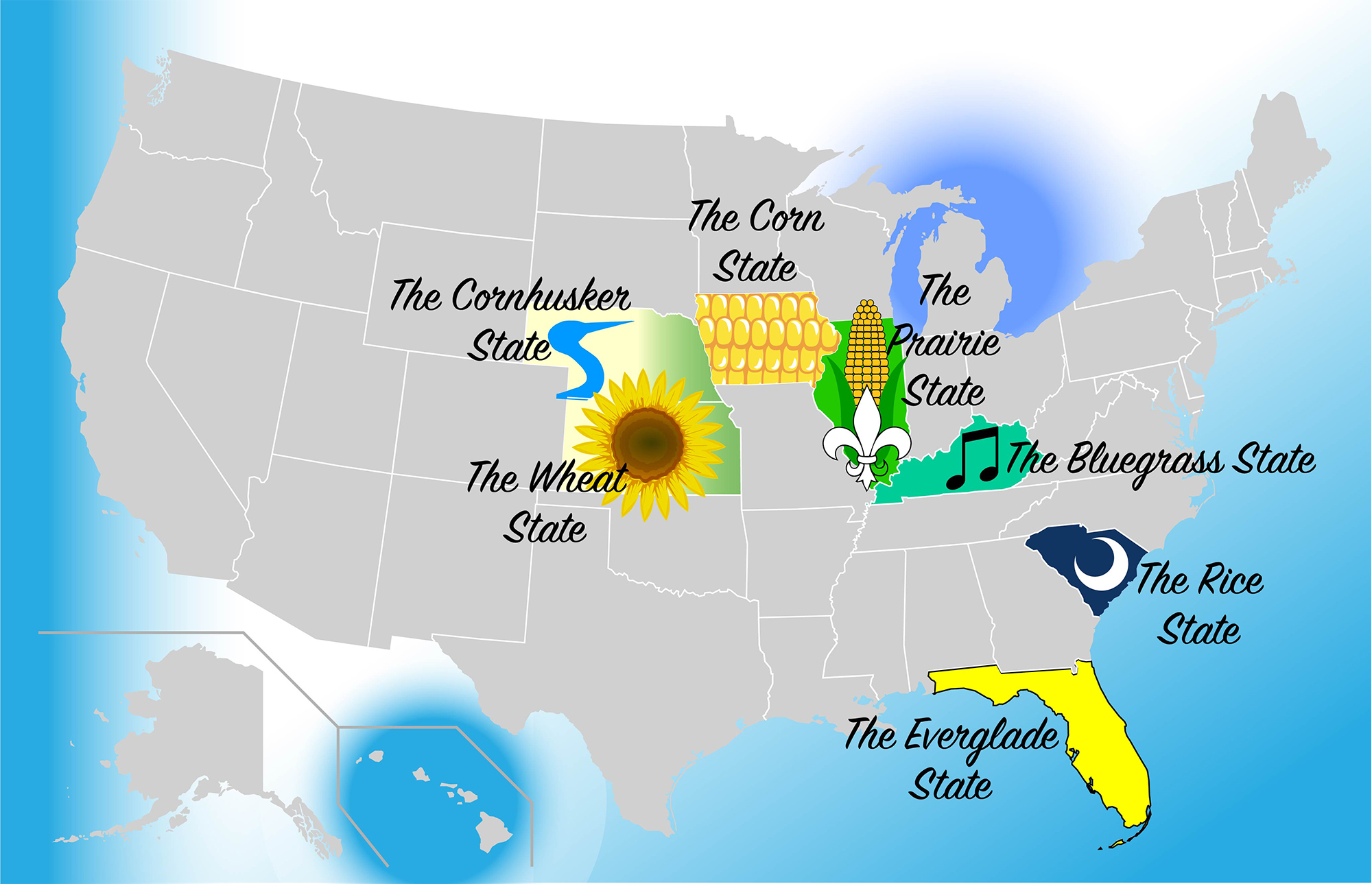 Generic grasses are depicted in the background of a number of state seals and coats of arms, some of which are in turn featured on state flags. Seals with notable prairie scenes represent Ohio, Indiana, Iowa, Minnesota, Kansas and the Dakotas. 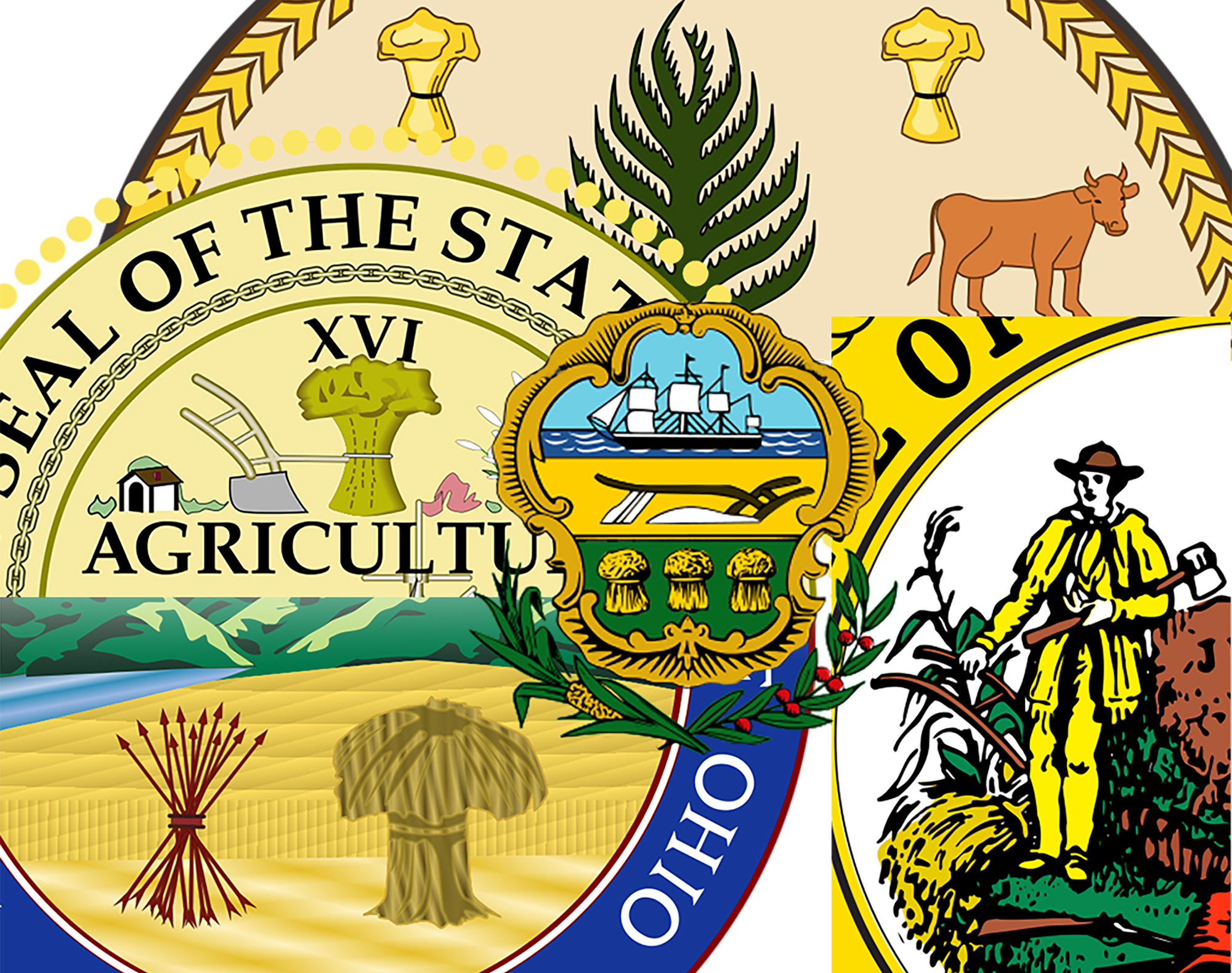 Grasses aren’t overtly symbolized on any state flags, which is a shame. Check out the flag proposals below. 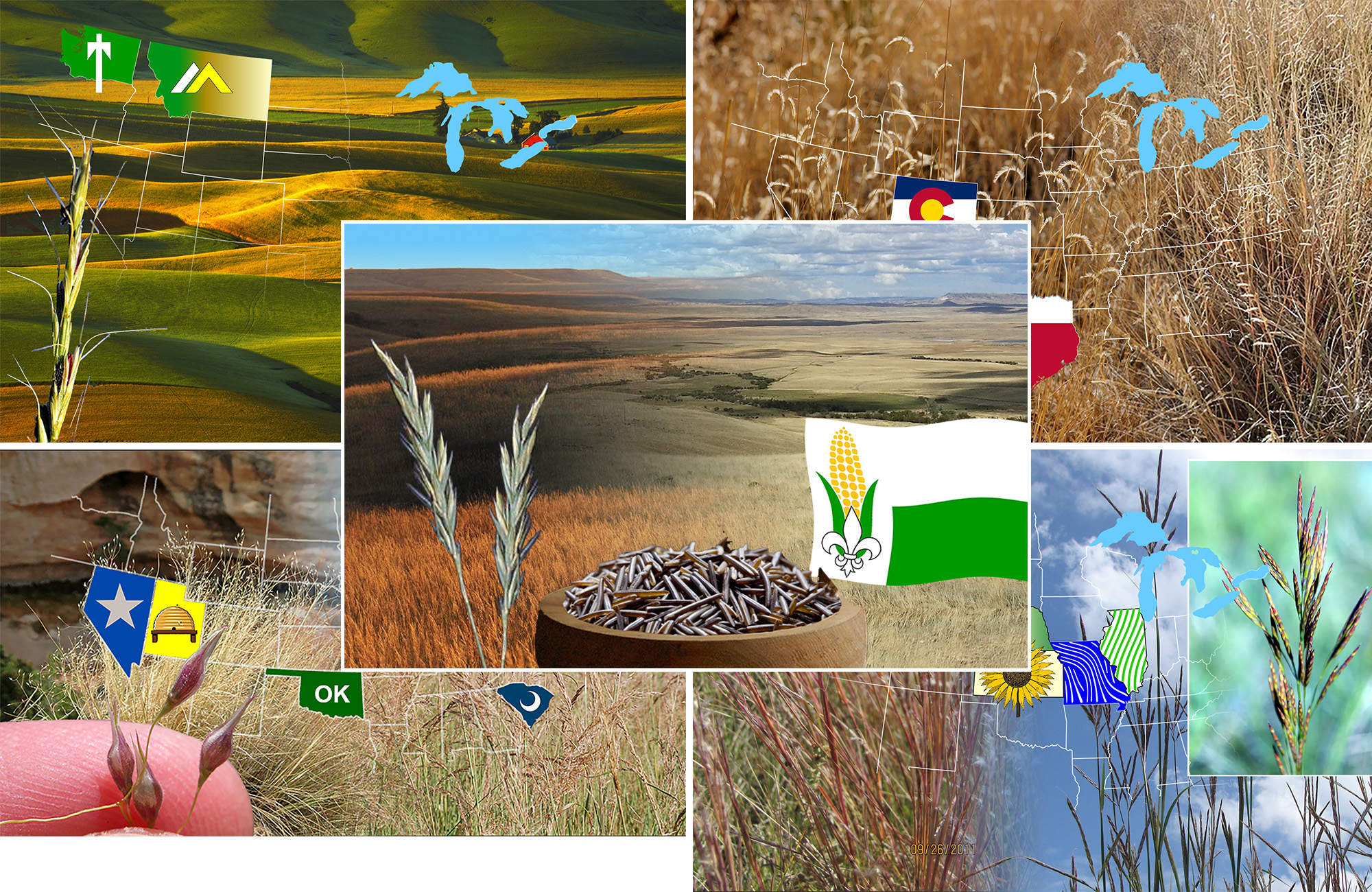 Below is a list of official state grasses. All are designated the official grass unless noted otherwise in the “Designation” column.