Let’s take a brief tour of birds of state.

Many nations have national birds, ranging from the United States’ bald eagle to Angola’s Zenaida dove.

Unfortunately, I may not have time to work on my national symbols section until later in the year (2022). In the meantime, Wikipedia has a List of National Birds.

After the 50 United States were swept with state flower fever, birds were next in line.

The first state bird was adopted by Kentucky in 1926. 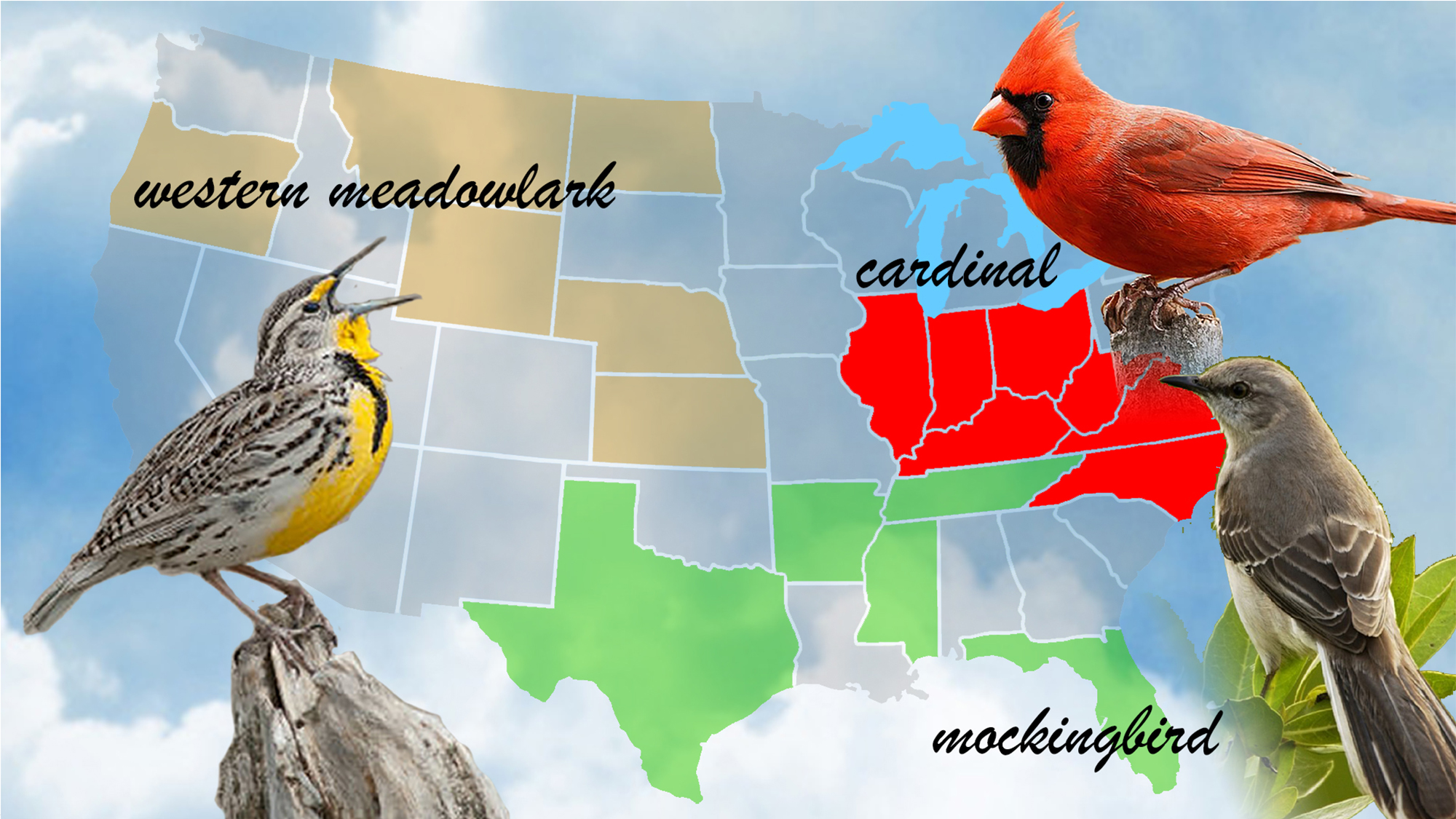 The three most popular state birds.

Today, several states have two official birds. Oklahoma and South Carolina have three! Many of these secondary state birds are designated official game birds, but state raptors appear to be a new fad.

However, birds were popular symbols even before the state symbols craze began. A number of states had nicknames inspired by birds. I learned to appreciate Nebraska’s nickname, Bug-Eating State, while watching nighthawks in action in neighboring South Dakota. What a spectacle! 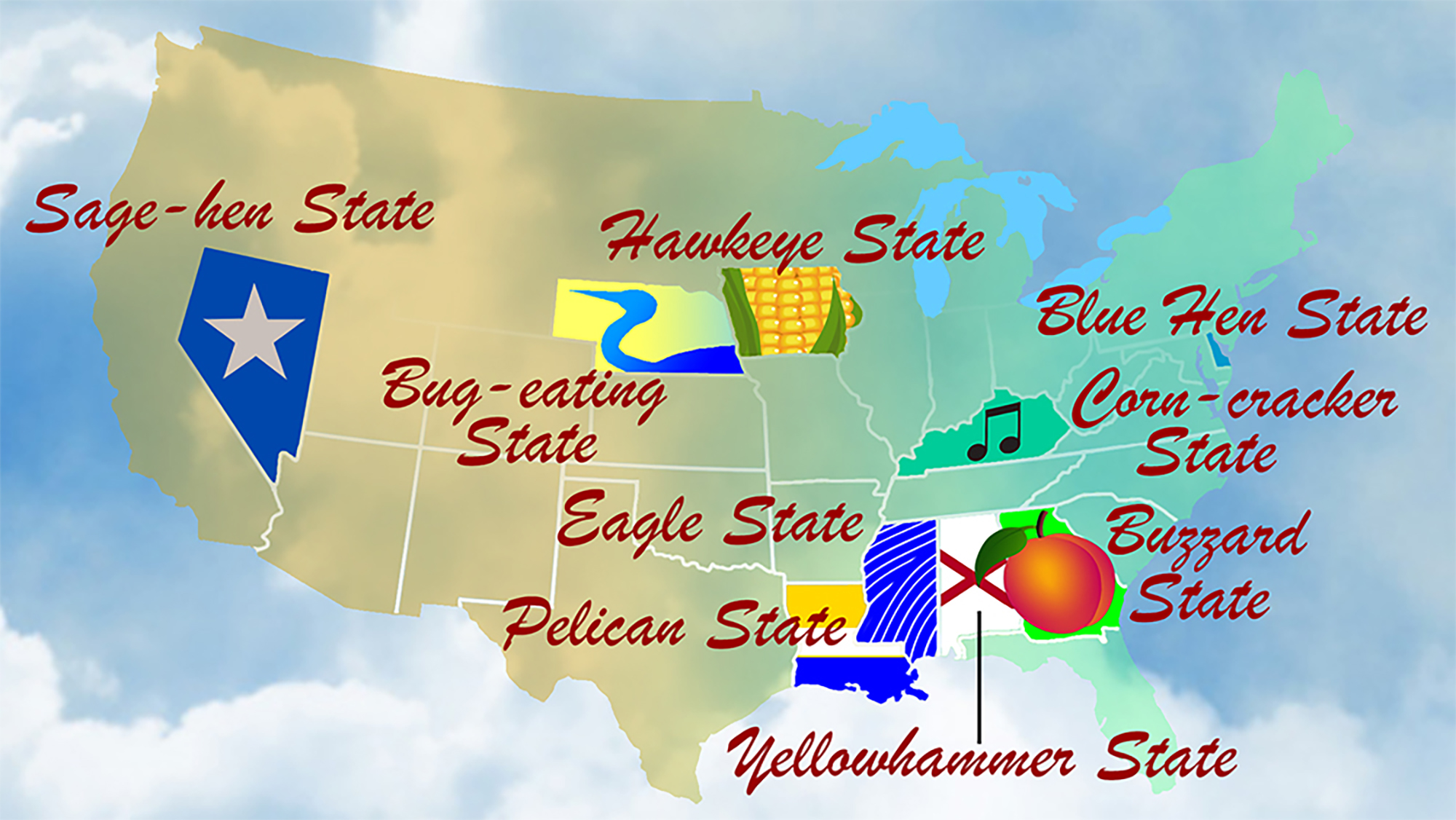 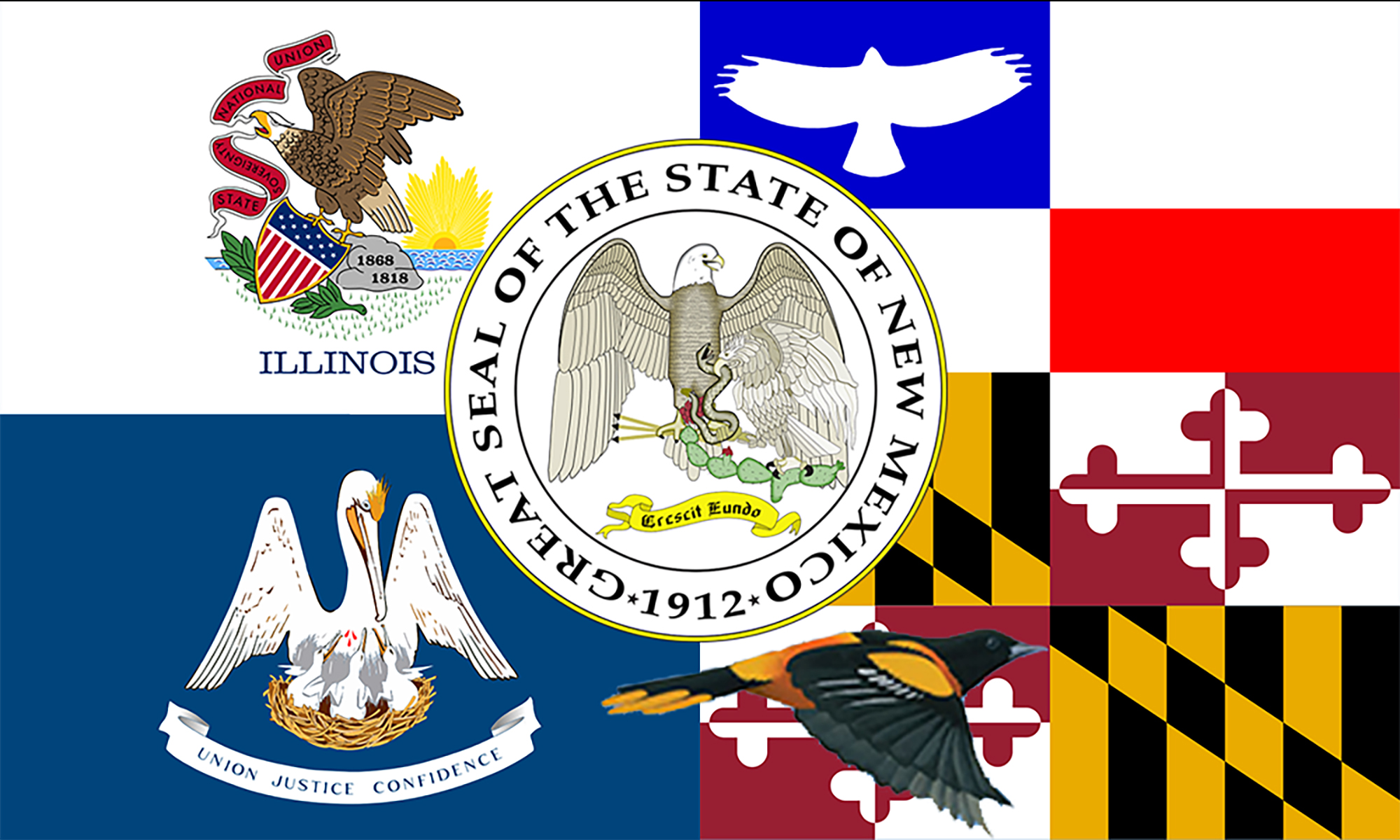 Countless more birds reign as county and civic symbols. Birds have similarly inspired many place names, and there are many Audubon chapters that have avian mascots. 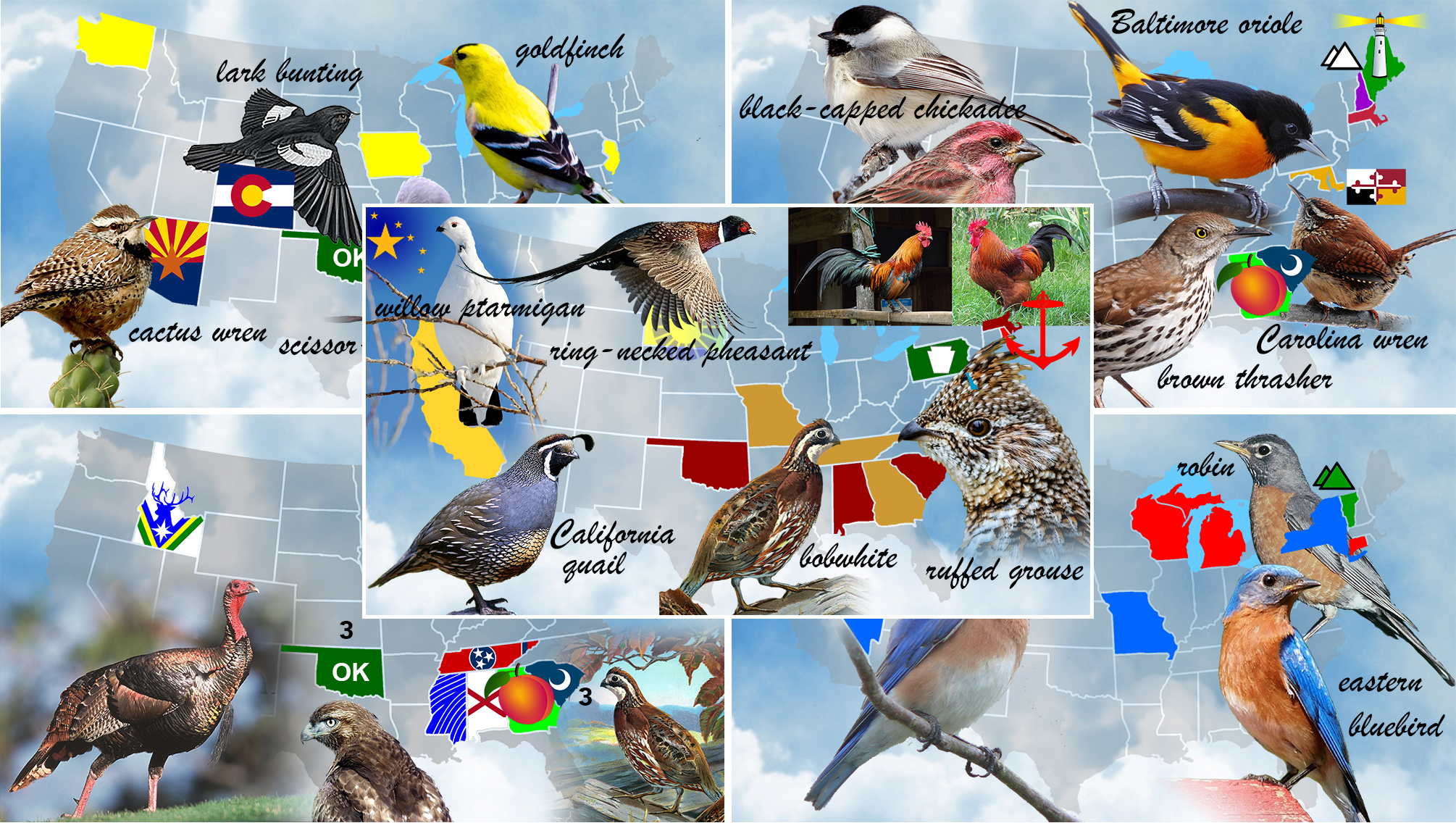 Other Birds of State ˆ

Information about more avian symbols will be added to this site as I find time.

Of course, there are countless avian symbols beyond symbols of state that are beyond the scope of this site. A universal favorite is the dove of peace, while owls are commonly regarded as symbols of wisdom.